Gum Disease And Its Relation With Our Health 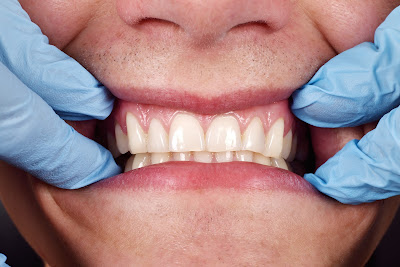 A lot of dental problems happen because of what we eat and drink. When we suffer from any sort of dental disease the first impact is on our gums leading to gum diseases such as gingivitis and Periodontitis. So today's point of discussion is how gum disease relates to other problem in our overall body.

Gingivitis: This is a less severe form of gum disease but causes gums to be red, swollen and also bleed. In this stage patient will feel a little uneasy because of the swollen gum. The prime reason why patients suffer from this disease is due to lack or oral hygiene. The condition can be cured by professional dental treatment and following proper oral care. Diabetes, Smoking, Aging, Puberty, Pregnancy and HIV are the most common factors that cause gingivitis.

Periodontal Disease: Gingivitis if left unnoticed and untreated can lead to Periodontal Disease. As time passes by plaque spreads below the gum line and starts to irritate the gums because of the toxins released by the bacteria. These toxins cause inflammation which leads to deterioration of bones and gums. The gums then start to separate from teeth and creates pocket which eventually becomes infected. As time passes by, the pockets become deeper causing further damage to underlying gum tissues. The end result is that the tooth tends to become loose and is removed.

Periodontal Disease has many forms such as those mentioned below:

• Aggressive Periodontitis: This is not a very common problem and is mostly seen in younger patients. The common symptoms include bone destruction and the condition being carried forwarded to the next generation.

• Chronic Periodontitis: This is inflammation in the tissues that support the teeth. This form of Periodontitis is the most common globally which results in pocket formation and recession of gingivitis. Although it is very common among adults but can happen at any age.

• Necrotizing Periodontal Disease: In this stage of Periodontitis, the gum tissues, periodontal ligament and alveolar bone are practically dead. It is commonly found in patients suffering from HIV or any sort of malnutrition.

Research has proved that Periodontal Disease is linked with many other diseases in our body. During the initial stages of the research it was thought that the disease happen due to the bacteria present in our teeth. However after further investigation it was proved that inflammation was the root cause of the diseases. This is the reason why I have always laid emphasis on the fact that it is advisable to treat periodontal disease at an early stage so that inflammation can be cured. Treating inflammation before any further damage will save you from the risk of getting infected by:-

• Heart Disease: Research has laid emphasis on the fact that periodontal disease can also lead to heart disease. Researchers have agreed upon the fact that inflammation is the main reason for it.

• Osteoporosis: Research has proved that there is a direct link between Periodontitis and Osteoporosis. Reason being osteoporosis leads to tooth loss as density of tooth is reduced.

• Respiratory Problem: The bacteria in our gums can travel to our lungs leading to various respiratory problems.

• Cancer: It has been proved that men who suffer from gum disease are more likely to develop kidney cancer, pancreatic cancer and blood cancer.

Early identification and treatment is extremely important to prevent further damage of gum tissues and bones. Following proper dental hygiene is the most important factor in controlling gingivitis.