Finding the Root Cause of Bad Breath 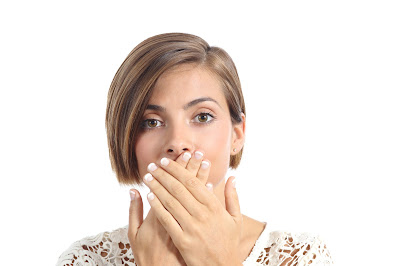 Bad breath or halitosis, periodontal disease and gingivitis and general dental decay are all caused by anaerobic bacteria that live in between the teeth and around the gums in our mouths. This type of bacteria does not need oxygen to survive and is pathological in nature. In fact, bad breath is most likely a strong indicator of anaerobic bacteria present, but can also suggest other health issue that needs treatment.

Generally speaking, bad breath is most often caused by the odor given off by bacteria which is living off particles of food, dying tissue and even each other in the mouth. The anaerobic bacteria which cause bad breath can also live and reproduce on the tongue.

The bacteria produce the plaque that is found along the gum line. The plaque is gummy and sticky and attracts more germs and bacteria which in turn attack the teeth and gums, creating additional issues such as an inflammation and periodontal disease that may eventually cause the loss of the teeth.

Some common causes of halitosis:

Gingivitis: This is the inflammation of the gums which is created by your own immune system trying to fight off the bacterial infection. If left unchecked, it could cause an inflammation epidemic that can ravage the teeth and gums.

Dental Decay: This is caused by the acidic excrement from the bacteria as it consumes the teeth. The acid given off by the bacteria is actually dissolving the tooth in the mouth itself.

Periodontal Disease: This is the loss of bone and the tissue attachment around the tooth. This condition is caused by a microbial invasion by anaerobic bacteria around the tooth itself.

However, there are other causes for bad breath as well:

Diabetes: This disease can cause acidosis which in turn creates bad breath. There are usually other health indicators of diabetes which can be identified.

Other conditions than those listed above, that may cause halitosis are smoking, some medications, mouthwashes (that are alcohol-based) and even excessive mouth breathing (which can cause the mouth to dry out and not allow the saliva to remove the bacteria causing the odor). In rare situations, medical conditions, such as certain types of cancer and malfunctioning kidneys may also be the source of the bad breath.

Keeping bad breath caused by anaerobic bacteria under control starts with good oral hygiene. This means a strict home regimen of cleaning the teeth at least twice daily is necessary. The use of chlorhexidine gluconate, chlorine dioxide, or hydrogen peroxide as mouthwash can also assist in killing the germs and bacteria while washing them away. In addition to diligent home care, it is important to get professional dental cleanings at least twice yearly, and as often as every three months.

Consult with your dentist so that together you can learn the root cause of the bad breath and engage in proper oral hygiene that will reduce the amount of bacteria in the mouth.
###


Dr. Piero, has been a practicing dentist since 1982, is the inventor of Dental Air Force® http://www.dentalairforce.com. His latest clinical trial studies using Dental Air Force versus toothbrush and floss on diabetic patients showed a reduction in HbA1c (diabetic blood marker) by over 1% in conjunction with periodontal therapy. Articles published are on periodontal health related to heart disease, respiratory health, diabetes, strokes, and other systemic diseases. He is the former Executive Editor for Journal of Experimental Dental Science, a contributing author to Hospital Infection Control: Clinical Guidelines and author of Never Brush Your Teeth Again!.