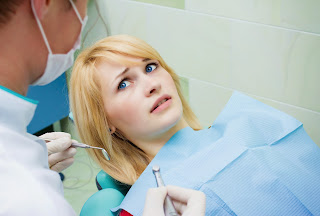 The high mineral content of enamel, which makes this tissue the hardest in the human body, also makes it demineralize in a process that often occurs as dental caries, otherwise known as cavities. Demineralization occurs for several reasons, but the most important cause of tooth decay is the ingestion of fermentable carbohydrates.[citation needed] Tooth cavities are caused when acids dissolve tooth enamel: Enamel is also lost through tooth wear and enamel fractures.

Sugars and acids from candies, soft drinks, and fruit juices play a significant role in tooth decay, and consequently in enamel destruction. The mouth contains a great number and variety of bacteria, and when sucrose, the most common of sugars, coats the surface of the mouth, some intraoral bacteria interact with it and form lactic acid, which decreases the pH in the mouth. The critical pH for tooth enamel is generally accepted to be pH 5.5. When acids are present and the critical pH is reached, the hydroxyapatite crystallites of enamel demineralize, allowing for greater bacterial invasion deeper into the tooth. The most important bacterium involved with tooth decay is Streptococcus mutans, but the number and type of bacteria varies with the progress of tooth destruction.

Furthermore, tooth morphology dictates that the most common site for the initiation of dental caries is in the deep grooves, pits, and fissures of enamel. This is expected because these locations are impossible to reach with a toothbrush and allow for bacteria to reside there. When demineralization of enamel occurs, a dentist can use a sharp instrument, such as a dental explorer, and "feel a stick" at the location of the decay. As enamel continues to become less mineralized and is unable to prevent the encroachment of bacteria, the underlying dentin becomes affected as well. When dentin, which normally supports enamel, is destroyed by a physiologic condition or by decay, enamel is unable to compensate for its brittleness and breaks away from the tooth easily.

The extent to which tooth decay is likely, known as cariogenicity, depends on factors such as how long the sugar remains in the mouth. Contrary to common belief, it is not the amount of sugar ingested but the frequency of sugar ingestion that is the most important factor in the causation of tooth decay. When the pH in the mouth initially decreases from the ingestion of sugars, the enamel is demineralized and left vulnerable for about 30 minutes. Eating a greater quantity of sugar in one sitting does not increase the time of demineralization. Similarly, eating a lesser quantity of sugar in one sitting does not decrease the time of demineralization. Thus, eating a great quantity of sugar at one time in the day is less detrimental than is a very small quantity ingested in many intervals throughout the day. For example, in terms of oral health, it is better to eat a single dessert at dinner time than to snack on a bag of candy throughout the day.

In addition to bacterial invasion, enamel is also susceptible to other destructive forces. Bruxism, also known as clenching of or grinding on teeth, destroys enamel very quickly. The wear rate of enamel, called attrition, is 8 micrometers a year from normal factors. A common misconception is that enamel wears away mostly from chewing, but actually teeth rarely touch during chewing. Furthermore, normal tooth contact is compensated physiologically by the periodontal ligaments (pdl) and the arrangement of dental occlusion. The truly destructive forces are the parafunctional movements, as found in bruxism, which can cause irreversible damage to the enamel.

Though enamel is described as tough, it has a similar brittleness to glass, making it, unlike other natural crack-resistant laminate structures such as shell and nacre, vulnerable to fracture. In spite of this it can withstand bite forces as high as 1,000 N many times a day during chewing. This resistance is due in part to the microstructure of enamel which contains enamel tufts that stabilize such fractures at the dentinoenamel junction. The configuration of the tooth also acts to reduce the tensile stresses that cause fractures during biting.

Gastroesophageal reflux disease can also lead to enamel loss, as acid refluxes up the esophagus and into the mouth, occurring most during overnight sleep.