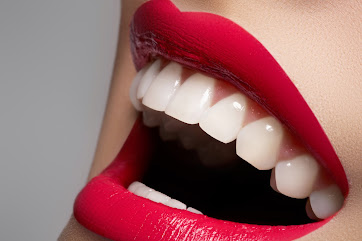 Fluoride was first added to toothpastes in the 1890s. Tanagra, containing calcium fluoride as the active ingredient, was sold by Karl F. Toellner Company, of Bremen, Germany, based upon the early work of chemist Albert Deninger. An analogous invention by Roy Cross, of Kansas City, Missouri, was initially criticized by the American Dental Association (ADA) in 1937. Fluoride toothpastes developed in the 1950s received the ADA's approval. To develop the first ADA-approved fluoride toothpaste, Procter & Gamble started a research program in the early 1940s. In 1950, Procter & Gamble developed a joint research project team headed by Joseph C. Muhler at Indiana University to study new toothpaste with fluoride. In 1955, Procter & Gamble's Crest launched its first clinically proven fluoride-containing toothpaste. On August 1, 1960, the ADA reported that "Crest has been shown to be an effective anticavity (decay preventative) dentifrice that can be of significant value when used in a conscientiously applied program of oral hygiene and regular professional care."

In 1980, the Japanese company, Sangi Co., Ltd., launched APADENT, the world's first remineralizing toothpaste to use a nano-form of hydroxyapatite, the main component of tooth enamel, rather than fluoride, to remineralize areas of mineral loss below the surface of tooth enamel (incipient caries lesions). After many years of laboratory experiments and field trials, its hydroxyapatite ingredient was approved as an active anti-caries agent by the Japanese Ministry of Health in 1993, and given the name Medical Hydroxyapatite to distinguish it from other forms of hydroxyapatite used in toothpaste, such as dental abrasives.

In 2006, BioRepair appeared in Europe with the first European toothpaste containing synthetic hydroxylapatite as an alternative to fluoride for the remineralization and reparation of tooth enamel. The "biomimetic hydroxylapatite" is intended to protect the teeth by creating a new layer of synthetic enamel around the tooth instead of hardening the existing layer with fluoride that chemically changes it into fluorapatite.