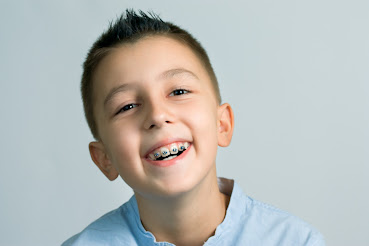 The absence of third molars is very common, occurring in 20–23% of the population, followed in prevalence by the second premolar and lateral incisor.

Anodontia is a complete lack of tooth development. It is rare, most often occurring in a condition called hypohidrotic ectodermal dysplasia.

Hypodontia is a lack of some tooth development (not including third molars). It is one of the most common developmental abnormalities, affecting 3.5–8.0% of the population. Hypodontia is often associated with the absence of a dental lamina, which is vulnerable to environmental forces like infection and chemotherapy medications. It is also associated with many syndromes, such as Down syndrome and Crouzon syndrome.

Hyperdontia is the development of extraneous teeth. It occurs in 1–3% of Caucasians and is more frequent in Asians. About 86% of these cases involve a single extra tooth in the mouth, most commonly found in the maxilla, where the incisors are located. Hyperdontia is believed to be associated with an excess of dental lamina.

Dilaceration is an abnormal bend found on a tooth, and is nearly always associated with trauma that moves the developing tooth bud. As a tooth is forming, a force can move the tooth from its original position, leaving the rest of the tooth to form at an abnormal angle. Cysts or tumors adjacent to a tooth bud are forces known to cause dilaceration, as are primary (baby) teeth pushed upward by trauma into the gingiva where it moves the tooth bud of the permanent tooth.

Enamel hypoplasia or hypomineralization is a defect of the teeth caused by a disturbance in the formation of the organic enamel matrix, clinically visible as enamel defects. It may be caused by nutritional factors, some diseases (such as undiagnosed and untreated celiac disease, chicken pox, congenital syphilis), hypocalcemia, fluoride ingestion, birth injury, preterm birth, infection or trauma from a deciduous tooth. In some circumstances enamel hypoplasia can be so severe that last sections of enamel is missing, exposing the underlying dentin.

Regional odontodysplasia is rare, but is most likely to occur in the maxilla and anterior teeth. The cause is unknown; a number of causes have been postulated, including a disturbance in the neural crest cells, infection, radiation therapy, and a decrease in vascular supply (the most widely held hypothesis). Teeth affected by regional odontodysplasia nevAmelogenesis imperfecta is an autosomal dominant disease characterized by a defect in dental enamel formation. Teeth are often free of enamel, small, misshapen, and tinted brown. The cause of these deformities is due to a mutation in enamel in expression. Dental patients with this disease should be especially cautious and visit their dentist frequently.

Natal and neonatal teeth are an anomaly that involves teeth erupting in a newborn infant's mouth earlier than usual. The incidence ranges from 1:2,000 to 1:3,500 births. Natal teeth are more frequent, approximately three times more common than neonatal teeth. Some authors reported a higher prevalence in females than males. The most common location is the mandibular region of the central incisors. Natal teeth and neonatal teeth are associated with genetics, developmental abnormalities and certain recognized syndromes. Additional names for this condition include precocious dentition, baby teeth, and milk teeth.