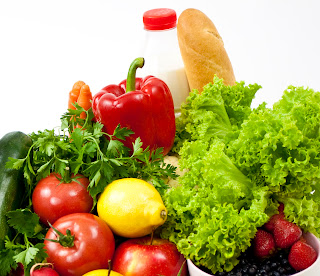 As in other aspects of human growth and development, nutrition has an effect on the developing tooth. Essential nutrients for a healthy tooth include calcium, phosphorus, and vitamins A, C, and D. Calcium and phosphorus are needed to properly form the hydroxyapatite crystals, and their levels in the blood are maintained by Vitamin D. Vitamin A is necessary for the formation of keratin, as Vitamin C is for collagen. Fluoride, although not a nutrient, is incorporated into the hydroxyapatite crystal of a developing tooth and bones. The dental theory is the low levels of fluoride incorporation and very mild fluorosis makes the tooth more resistant to demineralization and subsequent decay.

Deficiencies of nutrients can have a wide range of effects on tooth development. In situations where calcium, phosphorus, and vitamin D are deficient, the hard structures of a tooth may be less mineralized. A lack of vitamin A can cause a reduction in the amount of enamel formation.

Fluoride ingestion has been noted to delay eruption of teeth for as much as a year or more from the accepted eruption dates since the initial 1940s fluoridation trials. Researchers theorize that the delay is a manifestation of fluoride's depressing impact on thyroid hormones. The delay in eruption has been suggested as the reason for the apparent difference in decay among the youngest children. Fluoride ingestion during tooth development can lead to a permanent condition known as fluorosis with varying levels of severity, the result of fluoride's interference with the normal osteoblast development.

Undiagnosed and untreated celiac disease often causes dental enamel defects and can be the only manifestation of the disease, in absence of gastrointestinal symptoms or malabsorption signs.

Bisphenol A (BPA) is a hormone-disrupting chemical that has been implicated in having negative effects on human health, including, but not limited to, fetal development. As shown in animal studies which mimic human enamel, the mother's consumption of products with BPA during pregnancy can lead to the child's tooth development being obstructed. Those children are shown to be prone to incisor and first molar hypomineralization, a weakened state of the enamel. Additionally, it is most important for mother's to avoid BPA during pregnancy, but also avoid BPA-use in the child's products up to five months of age.